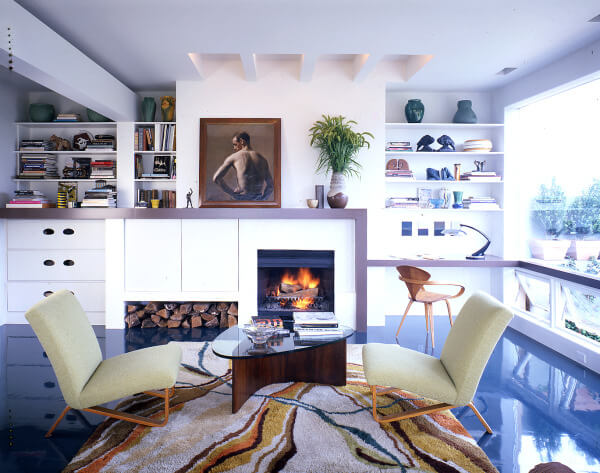 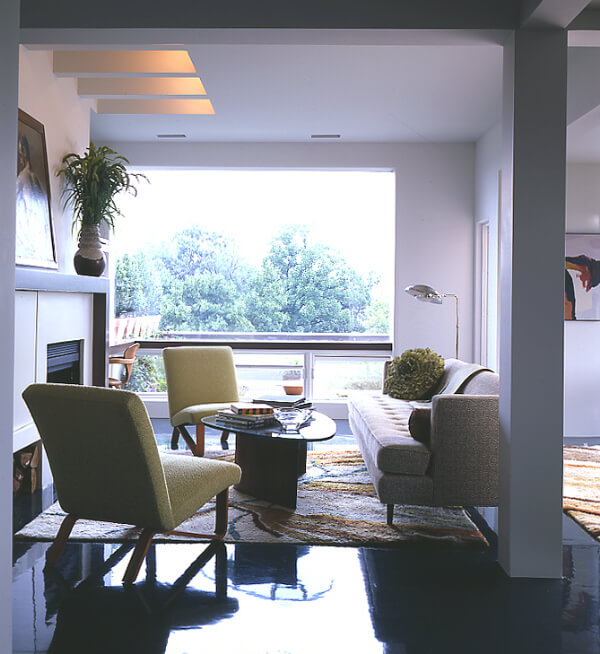 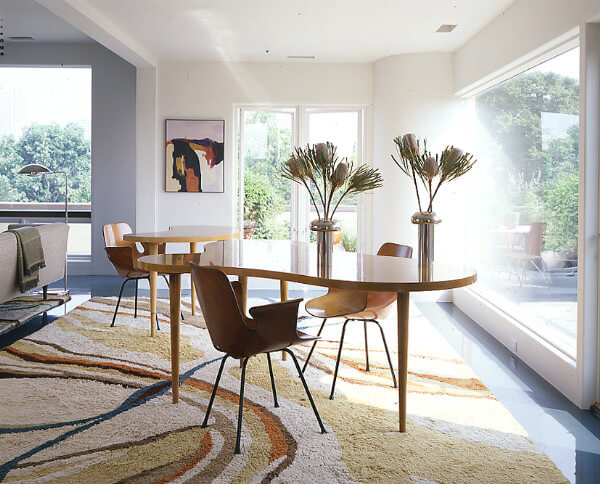 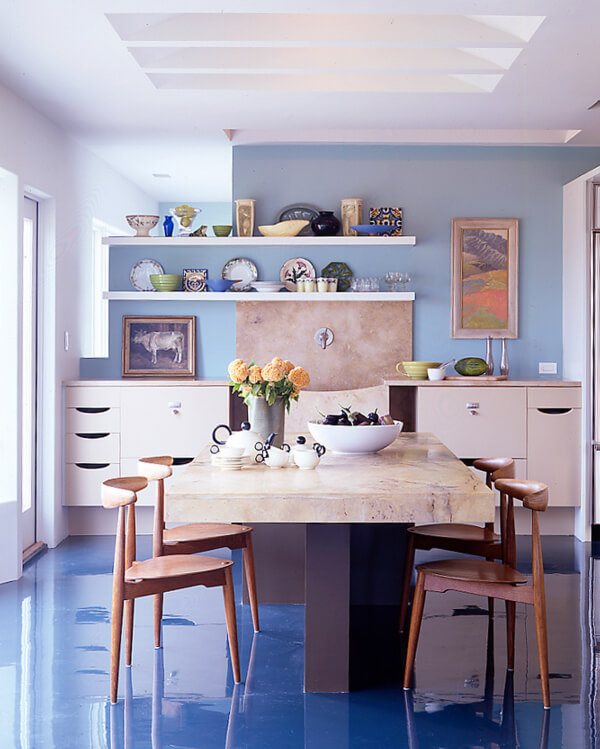 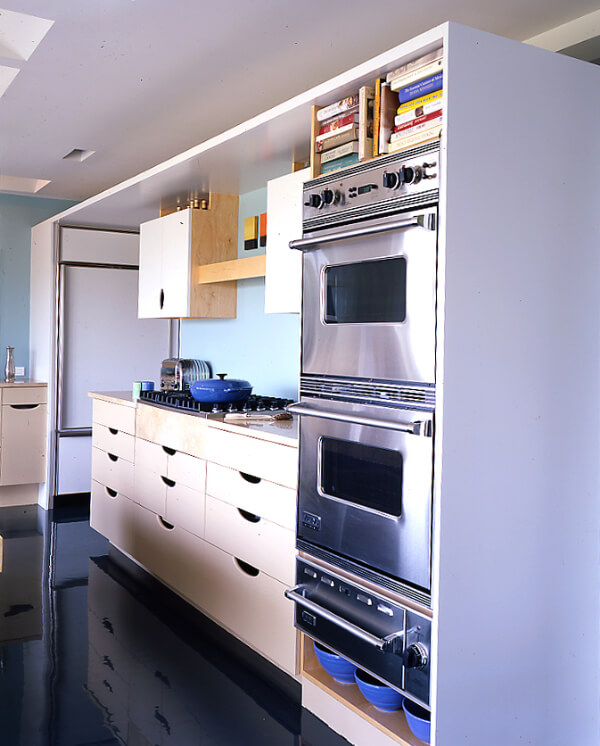 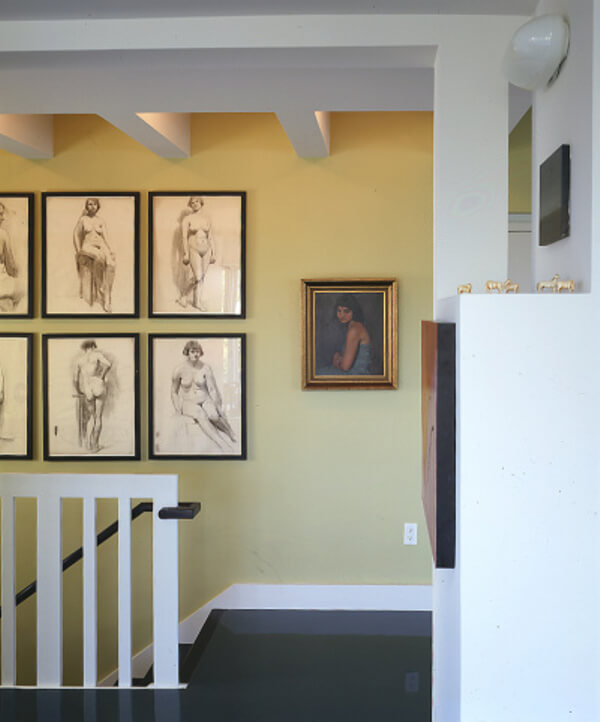 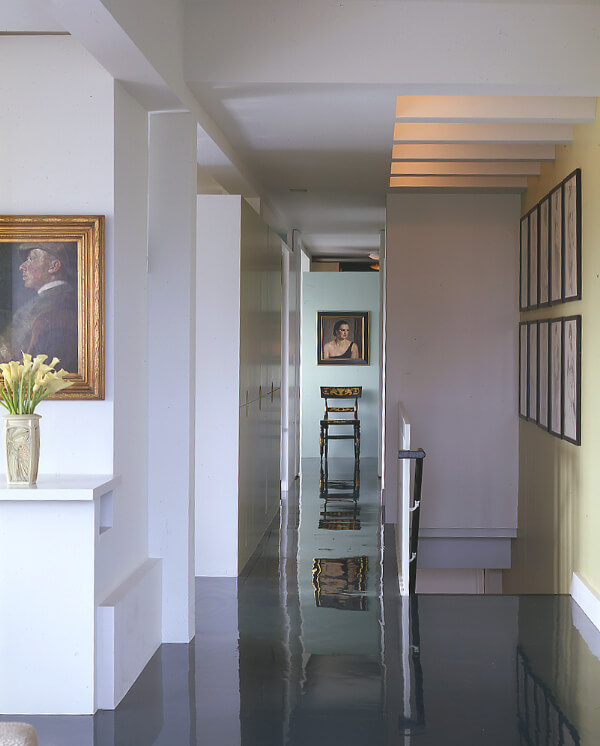 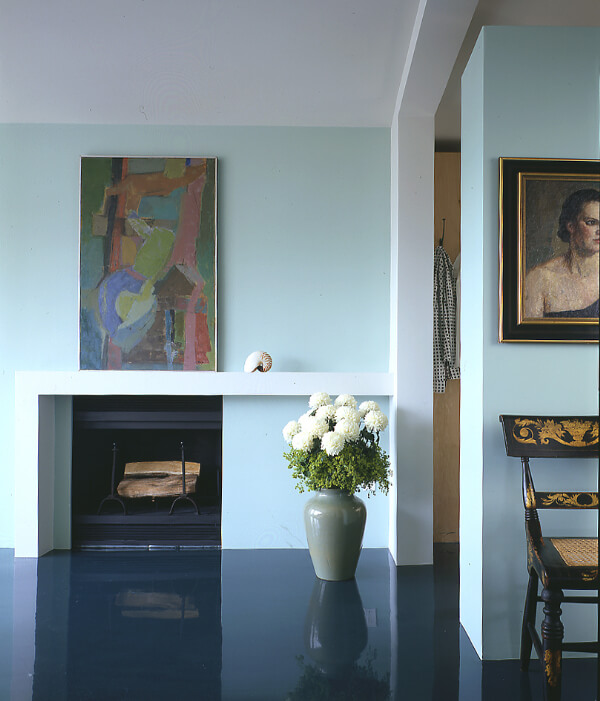 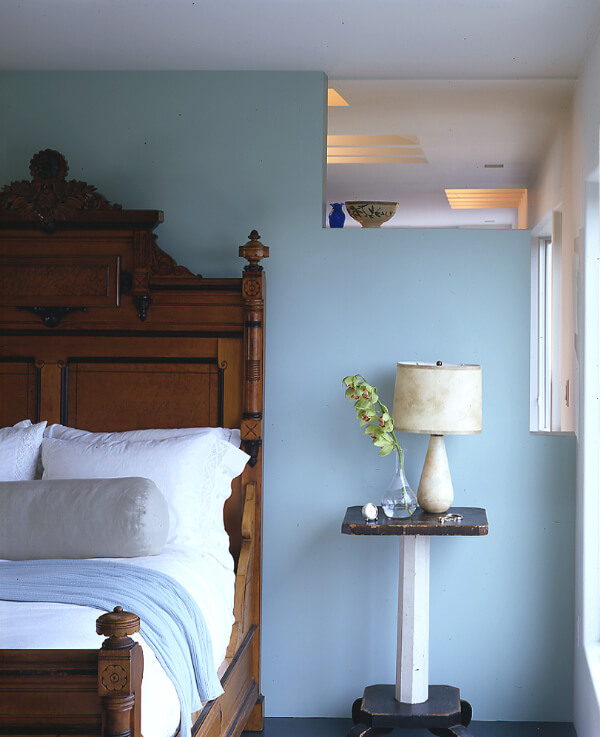 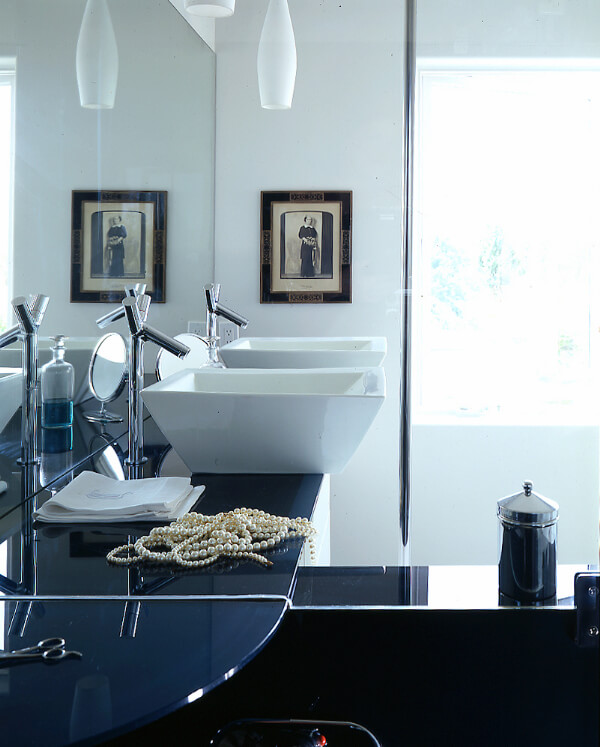 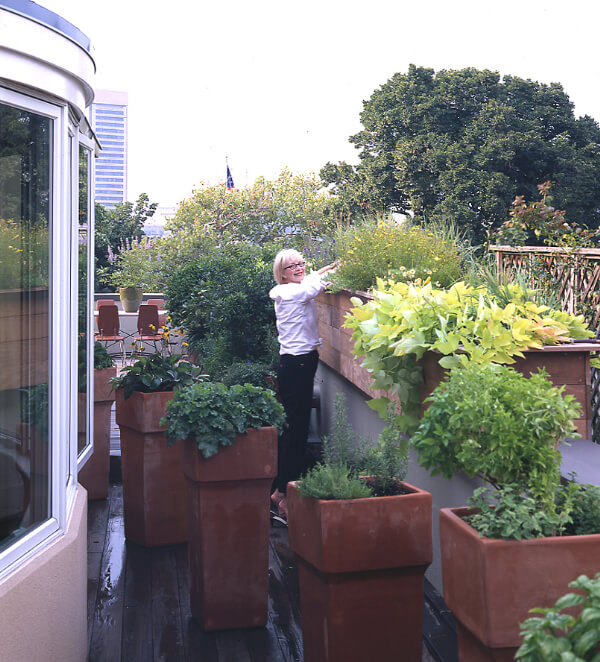 A 1980’s condominium was gutted to the studs and room defining walls were removed. An open loft-style living space was created with a social kitchen open to the living and dining areas.  Instead of walls, freestanding custom cabinetry defines the limits of the new kitchen.  A large bow window was added making the kitchen area roomier, creating space for a large table as well as a sofa and arm chair. The focus of the kitchen is an Italian marble work table that allows both cooking production and dining.  The goal of the design was to create a kitchen that integrates active cooking, free flowing socializing, with a premium emphasis on the conversational participation of the cook.

In the rest of the apartment the existing fireplace and structural columns define the irregular progression of spaces. The rooms flow into one another, with repeating motifs such as an L-shaped cutout in a wall and an L-shaped fireplace mantel. In the ceiling, fussy grilles were removed, and lighting is recessed into geometric troughs creating a Mondrian-esque pattern.